The National Association of Realtors (NAR) is reporting that total existing-home sales increased by climbed 1.1 percent to a seasonally adjusted annual rate of 5.57 million in June from a downwardly revised 5.51 million in May. Last month also saw a three percent year-over-year increase, with sales maintaining their highest annual pace since February 2007.

Lawrence Yun, NAR chief economist, says the impressive four month streak of sales gains through June caps off a solid first half of 2016 for the housing market. "Existing sales rose again last month as more traditional buyers and fewer investors were able to close on a home despite many competitive areas with unrelenting supply and demand imbalances," he said. "Sustained job growth as well as this year's descent in mortgage rates is undoubtedly driving the appetite for home purchases."

"Looking ahead, it's unclear if this current sales pace can further accelerate as record high stock prices, near-record low mortgage rates and solid job gains face off against a dearth of homes available for sale and lofty home prices that keep advancing," cautions Yun. 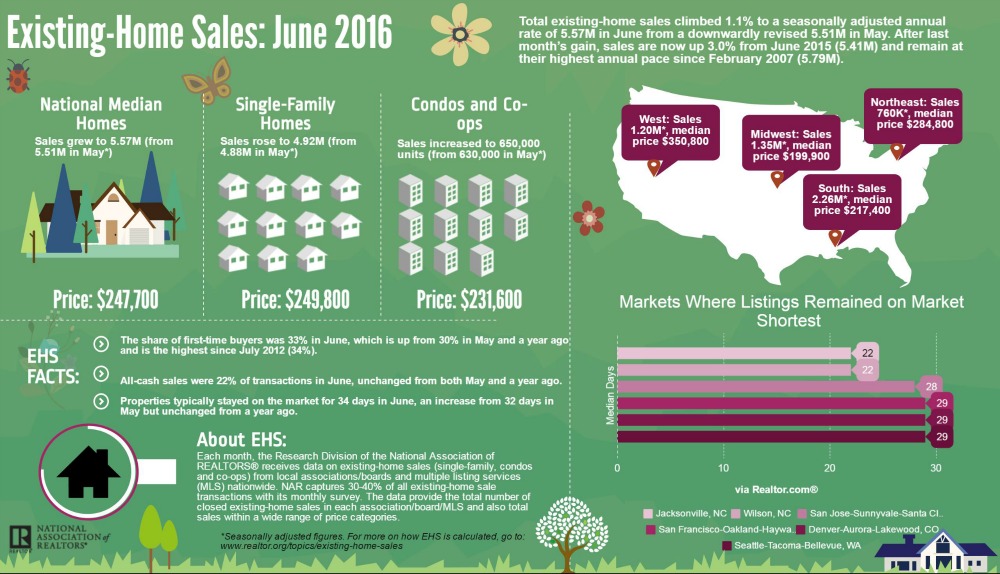 The median existing-home price last month was $247,700, a 4.8 percent rise from June 2015 ($236,300). Not only did June’s price increase mark a new peak, but it was also the 52nd consecutive month of year-over-year gains and surpasses. Also reaching a new peak was the share of first-time buyers: 33 percent in June, up three percentage points from May and from June 2015, and the highest since the 34 percent level in July 2012). First-time homebuyers represented an average of 31 percent of buyers during the first half of this year—they were 30 percent in all of 2015.

But one area continued to be a sore spot: total housing inventory at the end of June fell by 0.9 percent to 2.12 million existing homes available for sale, and is now 5.8 percent lower than a year ago (2.25 million). The unsold inventory was at a 4.6-month supply at the current sales pace last month, which is down from 4.7 months in May.

“The odds of closing on a home are definitely higher right now for first-time buyers living in metro areas with tamer price growth and greater entry-level supply—particularly areas in the Midwest and parts of the South,” said Yun. 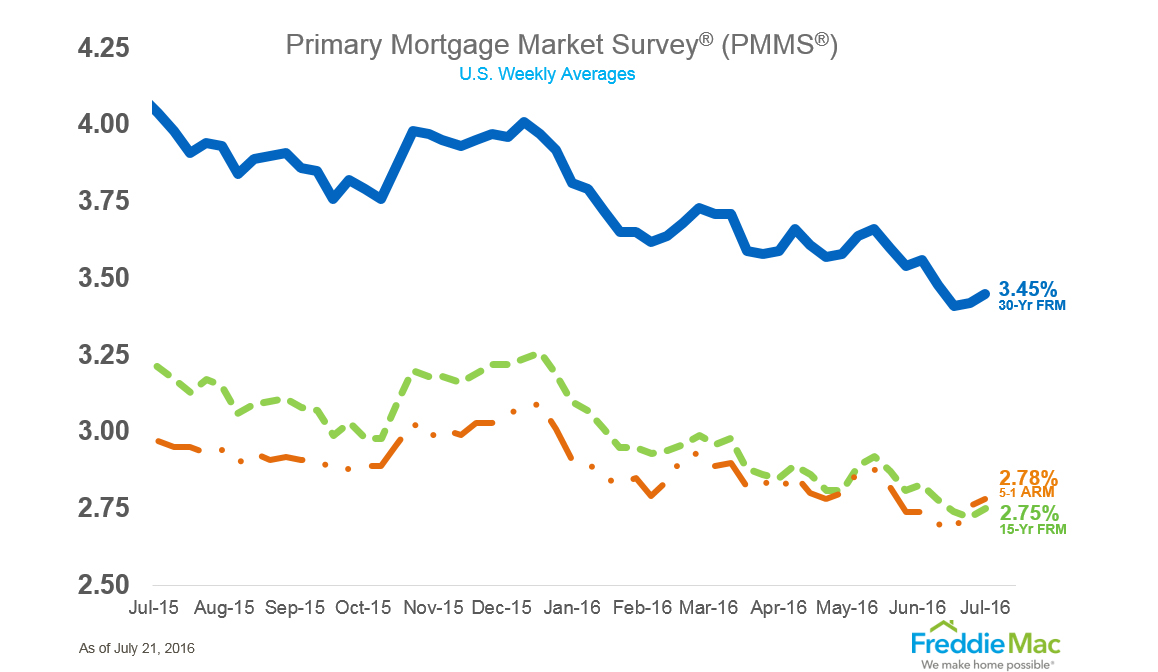 “Post-Brexit volatility tapered off over the last two weeks, allowing interest rates to bounce back a bit from their record (10-year Treasury yield) and near-record (30-year mortgage rate) lows,” said Sean Becketti, chief economist at Freddie Mac. “With the Federal Reserve on hold and the U.K. monetary authority taking at least a one-month breather, we don't expect any significant movement in mortgage rates in the near-term. This summer remains an auspicious time to buy a home or to refinance an existing mortgage.”

In other news, the Federal Housing Finance Agency’s (FHFA) monthly House Price Indexreported that house prices in May rose were up 0.2 percent on a seasonally adjusted basis from the previous month. The previously reported 0.2 percent increase in April was revised upward to reflect a 0.3 percent increase. For the nine census divisions, seasonally adjusted monthly price changes from April to May ranged from a 1.3 percent drop in the New England division to 1.2 percent uptick in the Mountain division. However, the 12-month changes were all positive, ranging from a 3.4 percent rise in the Middle Atlantic division to 8.5 percent ascension in the Mountain division. 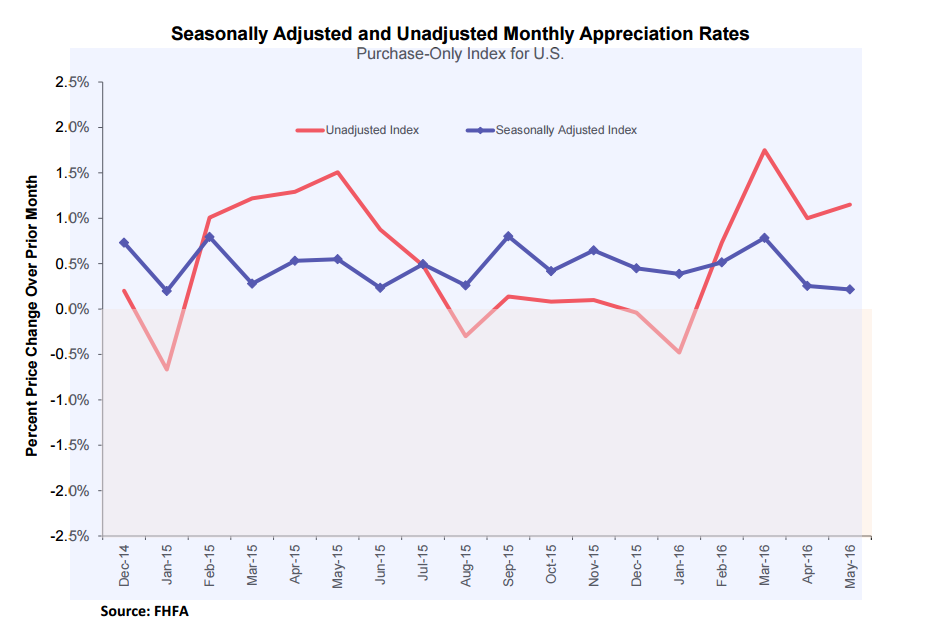 Click here to view the full story by Phil Hall.