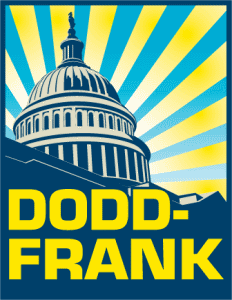 Later this year, the Dodd-Frank Wall Street Reform and Consumer Protection Act will reach its sixth anniversary, but if Congressional Republicans have their way, Dodd-Frank won’t reach anniversary number seven and many of the financial reforms enacted by the landmark law will be repealed or replaced.

Hensarling plans to reveal the Republicans’ plan in a speech on June 7 at the Economic Club of New York, the House Financial Services Committee said Tuesday.

During the speech, Hensarling is expected to announce a Republican-crafted plan to replace Dodd-Frank with a “pro-growth, pro-consumer” alternative, that includes the potential significant regulatory relief for financial institutions, as well as a dramatic overhaul of the Consumer Financial Protection Bureau.

While specific details on the plan are sparse at this point, Hensarling did reveal some of what can be expected in a recent speech at the National Center for Policy Analysis.

In that speech, given earlier this month, Hensarling called Dodd-Frank a “a monument to the arrogance and hubris of man.”

According to Hensarling, the country is “suffering” from the “slowest, weakest, most tepid recovery” in the country’s history.

“Some would say a lot of this has to do with our inefficient tax code, and it does. But beyond the tax burden that entrepreneurs face, there is a larger burden known as the regulatory burden – the sheer weight, volume, complexity, and uncertainty of a needless avalanche of Washington regulations – much of which has come from Dodd-Frank,” Hensarling said earlier this month.

“So, hear me well,” Hensarling continued. “On behalf of all hardworking, struggling Americans, I will not rest – and my Republican colleagues on the House Financial Services Committee will not rest – until we toss Dodd-Frank onto the trash heap of history.”

In Hensarling’s speech, he railed against Dodd-Frank, arguing that the comprehensive financial reform legislation did more to harm the economy than help it in the wake of the financial crisis.

“It is a modern day Tower of Babel. 2,300 plus pages. 400 new regulations spawning tens of thousands of pages of red tape,” Hensarling continued. “And its foundation very much rests on a false premise: that somehow deregulation was the root cause of the crisis. But it was not deregulation. In fact, in the decade leading up to the financial crisis, regulatory restrictions in the financial sector actually increased. It was not deregulation but it was dumb regulation.”

According to Hensarling, the “dumbest” regulation of all was the affordable housing goals of Fannie Mae and Freddie Mac, which “incented, cajoled, and mandated financial institutions loan money to people to buy homes that they could not afford to keep.”

And now, instead of “promoting financial stability” as Dodd-Frank was designed to do, it has failed, Hensarling said.

“Now when they voted for it, supporters of Dodd-Frank said it would promote financial stability, end too big to fail, and lift the economy,” Hensarling said. “None of this has come to pass. Instead, five and a half years later, it has become evident that our society has become less stable, less prosperous, and most ominously, less free.”

In his speech, Hensarling spoke about several points of tangible proof that show that Dodd-Frank is a failure.

Among those is reduction in the number of banks that offer free checking and the tight credit restrictions of the Qualified Mortgage rule.

According to Hensarling, “roughly 20% of the people who qualified for a mortgage in 2010 will no longer be able to qualify due to (the QM rule’s) rigid debt-to-income ratio.”

And one of the worst aspects of Dodd-Frank, according to Hensarling, is the creation and rise of the CFPB, which Hensarling calls a “tyrant” comparable to a “Soviet Commissar,” due to its wide-reaching power.

“With respect to the CFPB, it is a case study in the overreach and pathologies of the unaccountable, administrative state run amok. At almost every opportunity, the Bureau abuses and exceeds its statutory authority, which is already immense,” Hensarling continued.

“The Bureau operates with such secrecy, unaccountability, and bureaucratic tyranny it would make a Soviet Commissar blush,” Hensarling added. “It acts as judge, jury, and executioner, all without accountability and all without due process. This should alarm every American, because as we become less governed by the rule of law and more governed by the whims of Washington regulators, fear, doubt, uncertainty, and pessimism are sown.”

According to Hensarling, the Republican plan to repeal and replace Dodd-Frank will undo much of the harm done by the law, and will be based on six principles, which are:

1. Economic growth must be restored through competitive, transparent, and innovative capital markets

2. Every American must have the opportunity to achieve financial independence

3. Consumers must not only be viciously protected from force, fraud, and deception, but also from the loss of economic liberty

4. Taxpayer bailouts of financial institutions must end, and no company can remain too big to fail

5. Systemic risk must be reduced through market discipline

6. Simplicity must replace complexity, because complexity can be gamed by the well-connected and abused by Washington bureaucrats

“Both Wall Street and Washington must be held accountable,” Hensarling said.

Hensarling did reveal one of the key tenets of the Republican plan, the potential for a significant reduction in a financial institution’s regulatory burden in exchange for the company keeping a substantial amount of capital on its books.

The aim of this portion of the plan is to allow “bankers” to grow the economy, free of regulatory overhang.

“The most important feature of our plan, the essential core of our plan, will be to provide vast regulatory relief from Washington micromanagement in exchange for banks who choose to meet high but simple capital requirements,” Hensarling said.

“It will be an election, and it will essentially be the functional equivalent of a Dodd-Frank off-ramp. If financial institutions elect to hold strong, Tier I capital, they will gain strong regulatory relief from both Dodd-Frank and Basel’s burdensome regulations and capital standards,” Hensarling continued.

“In a nutshell, if a bank chooses to have a fortress balance sheet that protects taxpayers and minimizes systemic risk, then bankers ought to be allowed to be bankers and grow our economy,” Hensarling said. “It is that simple. In addition, as I said in our principles, we will end taxpayer bailouts and repeal Titles I and II of Dodd-Frank.”

Hensarling said that another part of the Republican plan is significantly change the structure of the CFPB, by putting the agency on a Congressionally-controlled budget, and creating a bi-partisan commission to oversee the CFPB.

“Let us remember ultimately though that this is not a debate about deregulation or regulation. It is really a debate over the future of the economy, and the hopes and dreams of millions,” Hensarling said.

“On one side are those who believe ultimately in the Progressive vision of a ruling elite who ultimately can decide for the rest of us about our credit cards, our checking accounts, our mortgages, because they are smarter than us,” he continued.

“The rest of us still passionately believe that the true source of our prosperity is not to be found in Washington. It is to be found in freedom and free markets and free enterprise,” Hensarling concluded. “We believe that well-functioning, transparent, and efficient capital markets will provide a ladder of opportunity. When all Americas have greater opportunities, the economy will rise with them. So it’s a choice between two different futures and two different visions.”